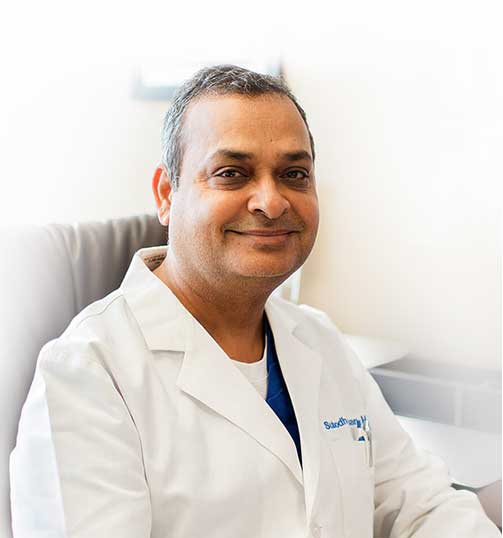 Dr. Chauhan is Board Certified in Obstetrics and Gynecology and Reproductive Endocrinology. He is Clinical Assistant Professor with Baylor College of Medicine in the dept of Obstetrics and Gynecology. He is the former medical director and Assistant Professor at West Virginia University, Charleston Division. Dr. Chauhan is one of the only physcian in Houston who is trained in United Kingdom and has Global experience of Infertility on both the sides of Atlantic. He is triple board certified and passed his Reproductive Endocrine Boards in first attempt. He personally does all your evaluation and does IVF and Transfer for all his patients . In addition to English, Dr Chauhan is fluent in Hindi and Gujarati.